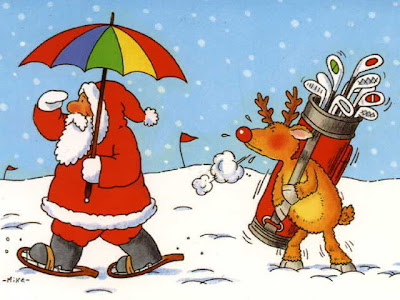 I have had you furrowing your brow now for five days straight. It is time to relax and enjoy the lighter side of Christmas, with these Christmas jokes! (Ahem: some of these jokes are for when the kids go to bed! I have Asterisks next to those jokes so you can skip them if you are trying to stay pure.)


What does Father Christmas suffer from if he gets stuck in a chimney ?
Santa Claustrophobia !

Why does Father Christmas go down the chimney ?
Because it soots him !

***Why are women's breasts like a train set a kid gets at Christmas time ?
Because they were originally made for children but the father wants to play with them.

***What do the female reindeer do when Santa takes the male reindeer out on Christmas Eve ?
They go into town, and blow a few bucks.


Once upon a time, there was a fellow who was down on his luck, and as he was looking through the classifieds, he saw an intriguing ad offering a ten million dollar reward to the person who could find and retrieve, intact, something called a "tis bottle."

Having nothing to lose, he calls the man who placed the ad. "I absolutely must have this bottle, and there are only three surviving in the world," the wealthy man tells him, "one is in the heart of the deepest jungle, one is at the bottom of the coldest, darkest sea, and one is at the top of the highest mountain. I will pay your expenses for however long it takes to bring me one of these bottles, as well as giving you the ten million."

Being an adventurous fellow, he decides to accept the offer.

First, he gathers a retinue of guides and hunters to go with him into the jungle. He studies for months to prepare, and when he is ready to survive, he sets out to get the bottle. Into the jungle he goes, and after many close calls, and much loss of life, he finds the bottle.

As he is on his way out of the jungle with the bottle well packed and padded, he is attacked by wild animals, and not only is he badly mauled, but the box with the tis bottle goes flying, and box and bottle shatter.

It takes some time for him to recover from his injuries, but when he's well enough, he begins preparations to retrieve the bottle at the bottom of the sea. He takes diving lessons, hires the newest and best deep-sea diving equipment and crew, and takes to the sea. With little trouble, they managed to get the bottle, but on the way up, they are attacked by sharks, and have to rush to the surface. In the hurry, the fellow not only gets the bends, but the bottle falls and breaks on the deck. More time in the hospital later, recovering slowly, he's more determined than ever to get the third and final bottle.

He spends over a year learning mountain climbing and survival, becoming accustomed to low oxygen and heights, and planning the ultimate shatter-proof container for the bottle. He hires a crew of experienced guides and begins his climb. By the time they reach the top, they're low on supplies, weak, and frostbitten, but he will not give up. The bottle is packed and secured, and the group begins the descent. When they reach the bottom of the mountain, the fellow again has to spend time in the hospital recovering from his injuries, but he keeps the bottle with him and in sight at all times.

Finally, he's ready to present it to the wealthy man and collect his reward.

He goes to the wealthy man's house, and carefully unpacks the "tis bottle" and hands it over. The wealthy man inspects it joyfully, and hands the fellow a check for ten million dollars.

"Thank you and good day, sir," he says, dismissing the fellow.

"Wait!" The fellow cries, “I was attacked by wild animals, suffered the bends, and lost fingers and toes for this bottle.


I've spent years looking for it, and almost as long in the hospital from trying to get it. Aren't you going to tell me why it's so precious and what it's for?"

"Um, it's a little embarrassing, actually. Why don't you just take the money and go?"

"I'm not leaving here until you tell me what this bottle is for!" Shouts the fellow.

With a sigh, the wealthy man motions for the fellow to follow him. They go into the back of the house, and the wealthy man presses a hidden button to reveal a secret door.

Behind the door is a small room with another door, behind a strong gate. The wealthy man unlocks the gate, unlocks the door, and opens the heavy vault door behind it with a combination. Inside the vault are thousands of bottles lined up neatly, wall to wall and floor to ceiling, with one vacant spot labeled "tis". Gently the man places the bottle in its spot, and declares "There you go."

"Oh, come on," the fellow replies. "There has to be more to it than that."

With a sigh, the man picks up a delicate, padded mallet that hangs nearby and gently begins striking the bottles, and a tune emerges. 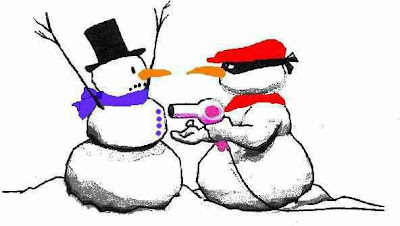